The ranch property in which Johnson Ranch Elementary and the surrounding subdivision stand, was originally a land grant to Alfred Schlather from the German Prince Solm in the 1830's. The rock home was built in 1836. The step-son of Alfred Schlather, John Adam Schlather, his wife Sophie and five children resided on the ranch in the late 1800's through the early 1900's. 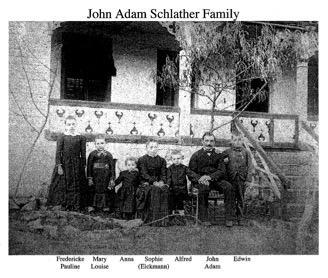 Clyde Johnson, Jr., former FBI agent, and his wife Dorothy purchased an initial 16 acres in 1963, eventually acquiring over 700 acres, and began to raise Hereford cattle for their three sons. Clyde Johnson III and his twin brothers, Mike and Mark began showing their Herefords at stock shows. With continued success in area shows, the ranch became well known and others wanted to be able to a have piece of the Johnson's infamous Hereford stock.
Clyde Johnson & Sons Hereford Ranch became the largest Hereford cattle operation in the San Antonio area in the 1960's. The Johnson's owned one of the most famous Hereford bulls in America, 75901. 75901 was a transition bull for Hereford breeding. After remodeling the original rock house built in 1836, it served as the ranch headquarters. The ranch held an annual production sale every October, selling about 30-40 bulls and 20 cows. The last cattle auction at the ranch took place in October of 2008.
Although the Johnson boys pursued second careers in law, banking and real estate they all have stayed close to their roots and the ranch. Clyde Jr. and Dorothy's grandchildren and great-grandchildren grew up working on the ranch. All were exhibitors who made the stock show circuit every year with champion steers and heifers. 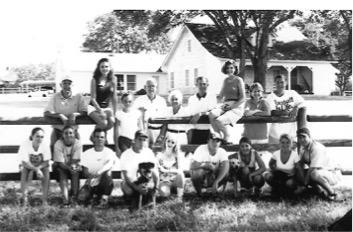 DH Investments, Ltd. and the Johnson family began talking in the early 2000s about their dreams of creating a special community. Within this special community, a school was definitely a priority in discussions.

After purchasing the land from the Johnson family, DH Investments, Ltd. began the innovative process of creating the Johnson Ranch community preserving many original landmarks and landscape of the Schlather and Johnson families.

In plotting the community, David Hill and his son Charlie Hill, both of DH Investments, Ltd., set aside 16.050 acres for the future establishment of a Comal ISD campus. After discussions and planning, DH investments, Ltd. graciously donated the land free and clear to Comal ISD.

In 2007, land broke to start the construction of a new Comal ISD elementary school and in the Fall of 2009, it opened its doors to 602 students and was called Johnson Ranch Elementary. Honorably named for the sub-division that was named for the Clyde Johnson & Sons Hereford Ranch and it's family.
Rights for the use of the ranch's own Lazy J bar R brand have been given to Johnson Ranch Elementary and it serves as the campus logo to this day.

The campus colors are barn red and country blue with the mascot of a Roper.